Bringing the sector to the public

Biocat works very actively to provide both professionals and the general public access to relevant, up-to-date information on the life sciences sector, with particular attention to scientific research, innovation and entrepreneurship initiatives in the BioRegion.

Biocat’s active presence in the media, online and on social media helps raise awareness of the life sciences in Catalan society, with a growing audience in all channels.

In 2014, Biocat’s website, published in Catalan, Spanish and English, saw a total of 252,016 visits from 133,862 unique users. These figures confirm the site’s role as the benchmark showcase for the sector. In total, nearly 200 news articles, interviews and reports on current events in the sector were published on the site, as well as more than 400 events in the agenda and 180 electronic notifications regarding activities of interest to a group of nearly 9,000 people, including 11 editions of the monthly E-News (trilingual).

The B·Debate website, geared more towards dissemination and scientific debate, saw more than 14,500 users, up 63% from 2013. The popularity of the website for the Moebio training initiative was also noteworthy, with 29% more users (9,439) in 2014 than the previous year.

The plan to boost presence on social media increased the number of people following Biocat through these channels by more than 35%. Biocat’s Twitter accounts in Catalan, Spanish and English had a joint total of 8,000 followers at the end of 2014, or more than 9,200 if we add those following the Moebio and B·Debate profiles. Additionally, at the end of 2014 more than 2,700 people were following Biocat on LinkedIn, the most popular professional network in the world.

In terms of traditional media, Biocat’s activities in 2014 generated more than 260 impacts in written press, digital press, television and radio, which was fewer than seen in 2013 as that was the year of the launch of the d·HEALTH program and the presentation of the 2013 Biocat Report. 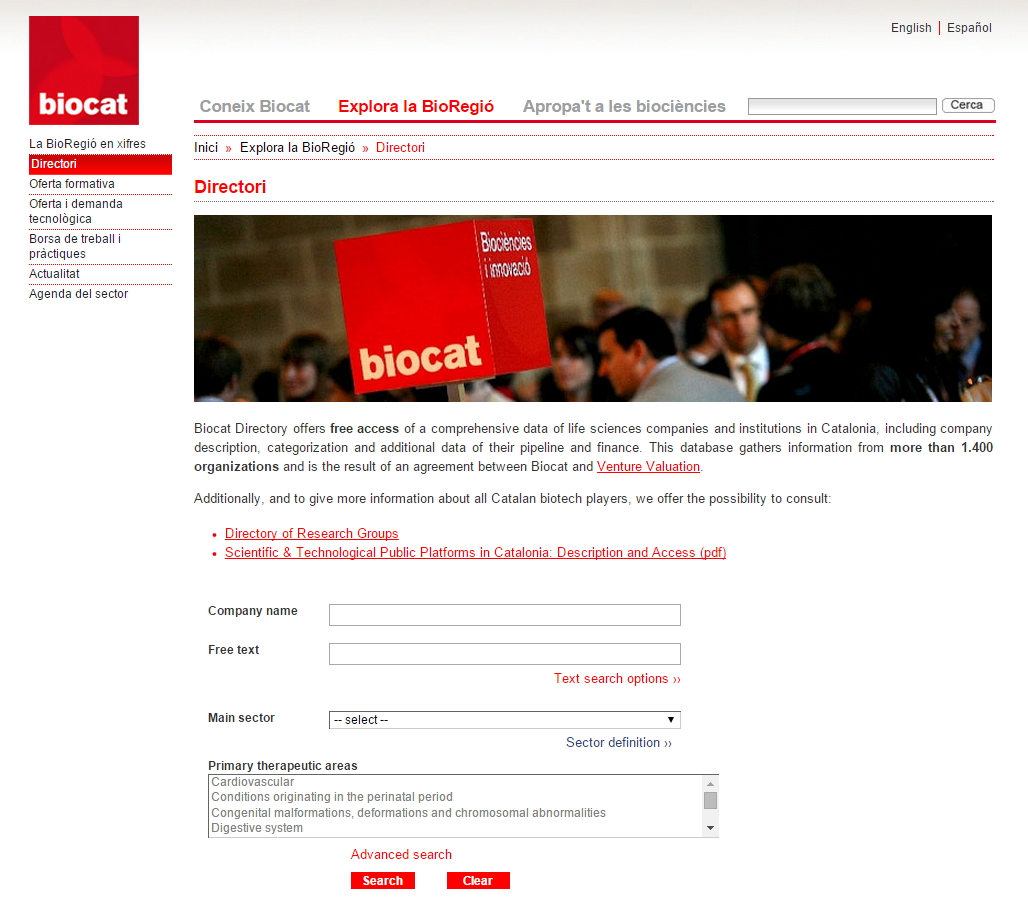 The Biocat Directory provides access to more than 1,200 company profiles and industry entities. 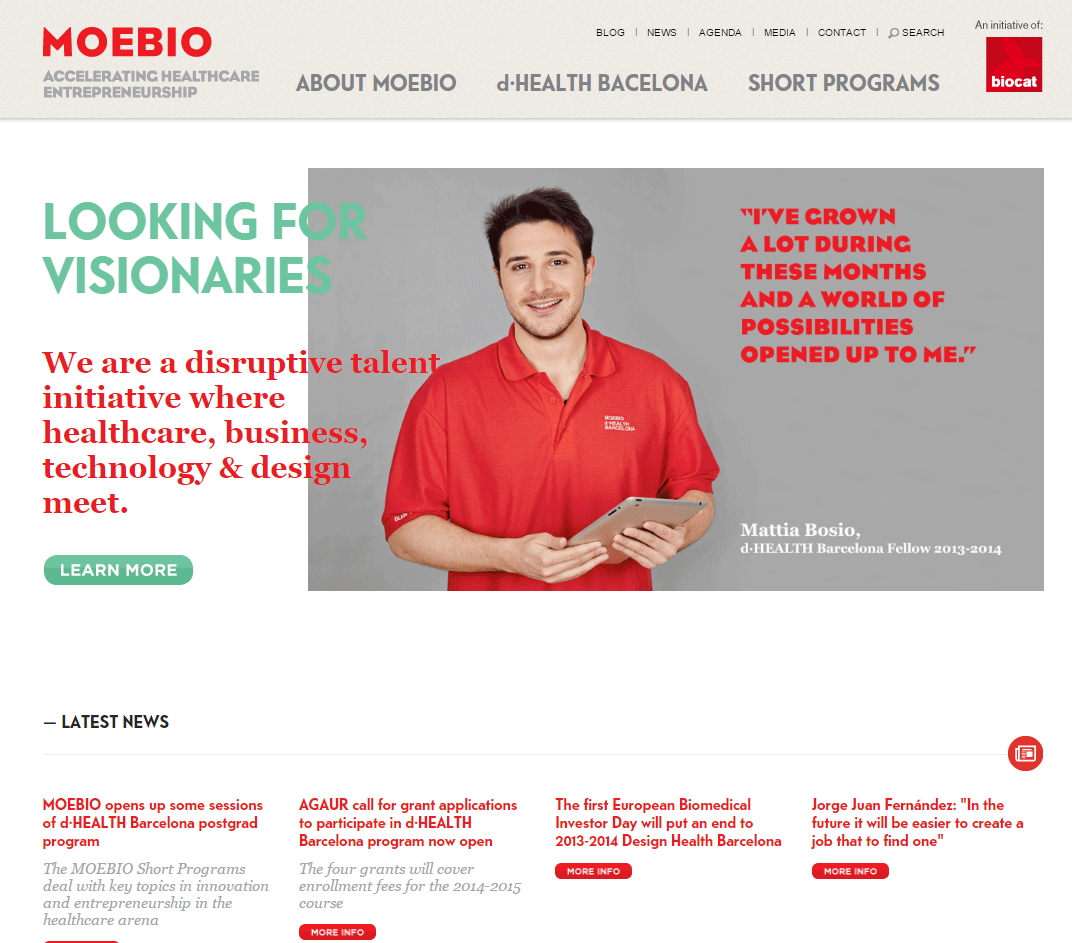 The ongoing process of updating data and observing the sector allowed Biocat to expand its Directory in 2014, which was significantly improved in 2013 through an agreement with global benchmark database BiotechGate. With more than 560 companies, this directory has consolidated its place as a reference tool for the whole sector. The Biocat Job Listing is also seen as a highly useful tool for professionals, as can be seen in the more than 75,000 visits it received in 2014 and its more than 200 specific job offers in the sector.

Additionally, in 2014 the Spanish and English translations of the executive summary of the 2013 Biocat Report were published and work began to prepare the 2015 Biocat Report.