Transbio, underway since 2013, is the continuation of the Interbio project (2009-2012) and uses the experience gained through that project to transform the results of research into economic realities and to structure a cooperation network with benchmark transnational clusters in southern Europe. Transbio features a total of 32 organizations, including both partners and collaborators: in Catalonia, these are the Barcelona Science Park (PCB), the UAB Research Park (PRUAB) and CataloniaBio.

One example of the fruits of Transbio is the first collaboration project, approved in March 2014, entitled “Functional genomic analysis of the SM family of proteins in C. elegans”, led by Julián Cerón of the Bellvitge Biomedical Research Institute (Idibell) and Denis Dupuy of the Institut Européen de Chimie et Biologie (IECB).

Barcelona also held the second edition of the Transbio Emergence Forum in April 2014. This partnering event is held under the framework of the Transbio project to foster collaboration between science and business and public-private partnerships in human health and agrifood innovation.

More than 140 participants from companies, research centers, technology transfer offices and science/technology platforms were at the event, 40% more than the first edition held in Montpellier.

In addition to the sessions on the program, more than 200 partnering meetings were held to foster collaborative projects between Catalan researchers and companies and those from other participating regions.

Under the Transbio project, in 2014 Biocat headed up workgroup 3, which focused on analyzing existing technology platforms in the 8 regions participating in the project. This work led to the creation of an online directory of technology platforms and technology transfer offices, with 89 offers in Catalonia of the 152 featured on the site.

Additionally, alongside other Transbio partners and with collaboration from the URV-UB and UAB, Biocat presented the Erasmus+ call for proposals for a European Joint Masters Program in Health and Food.

Under the framework of Transbio, in 2014 Biocat also participated in several events to promote networking among companies and organizations in the regions involved, with seminars, symposia and workshops. 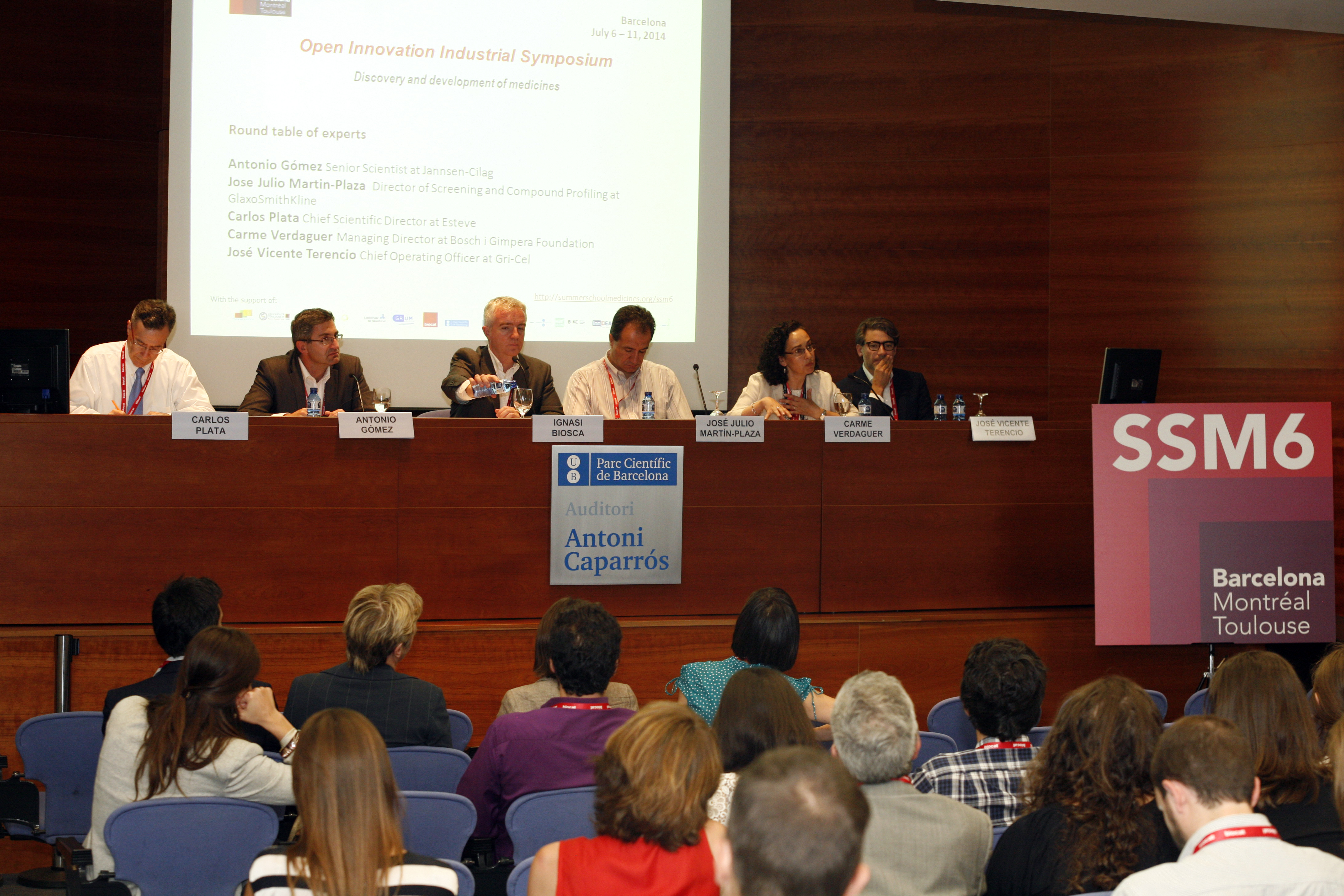 Under the framework of Transbio, one of the year’s most noteworthy actions was the 6thSummer School on Medicines (SSM6), held from 6 to 11 July at the Barcelona Science Park (PCB). Nearly 50 students from different nationalities, from academia, research and the pharmaceutical and biotechnology industry, participated in the event. For one week, more than 30 expert professors from Canada, Switzerland, France and Spain gave participants comprehensive training on all the phases of drug discovery and development.

As part of SSM6, the Open Innovation Industrial Symposium was held on 10 July at the PCB. This event was an opportunity to debate and reflect on the new open-innovation model applied to the drug discovery and development process. In addition to the students from SSM6, some 30 professionals from the sector also participated in the event.

The session opened with a conference by Marc Ramis Castelltort, CEO of Tech and Business Innovation. The panel discussion was moderated by Ignasi Biosca, CEO of the Reig Jofré Group and president of CataloniaBIO, and featured the a panel of experts: Antonio Gómez, senior scientists at Janssen-Cilag; José Julio Martin-Plaza, director of Compound Screening and Profiling at GlaxoSmithKline; Carlos Plata, CSO at Esteve; Carme Verdaguer, managing director of the Bosch i Gimpera Foundation, and José Vicente Terencio, COO at Gri-Cel (Grifols group).